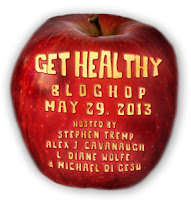 Thanks to Stephen Tremp, Alex Cavanaugh, Diane Wolfe, and Michael Di Gesu for putting on the Get Healthy Bloghop! I hope what you find today - whether in this post, or on another blog - will point you in the direction of wholeness.


There comes a point where you forget what it's like to live without pain.

Since September of last year I've been dealing with acid reflux, and at its worst, even water would flare it up into my throat.

I cut as much out of my diet as I could: milk, cheese, coffee - coffee - chocolate, anything spicy, caffeine, citrus. And until recently nothing seemed to make a difference.

The first week of February I went to a GI specialist to have a scope of my stomach and esophagus. My wife and I were happy to find out that I didn't have the early signs of cancer - if you have prolonged reflux, the cells in your esophagus may change and cancer is possible. However, the only other thing the scope revealed is what I already knew: my stomach and esophagus were messed up because of the acid bubbling up into it.

After the scope, I was put on a round of antibiotics plus a coating agent (the biggest culprit of acid reflux: stomach infection). And although the intensity of the acid decreased, and the pump inhibitor did seem to help too, the acid remained.

Each morning I would wake up to mild discomfort that would flare up when I took my meds. Even an empty stomach didn't like me.


Just in the last couple weeks I've found some relief. I took yet another round of antibiotics, for a nasty congestion in my chest, and the acid has seemed to subside. I'm now taking a somewhat large amount of zinc and plan to try colloidal silver if the remaining discomfort persists.

What else I've learned


Throughout the last eight months I've prayed much, mostly to ask what this pain could be about. I realize that we live in a broken world, and that we get sick as a result. However, I also believe that God uses pain to communicate with us when we aren't paying attention as we should. He set this quote from L'Engle in my lap and I was humbled:

"...It is chastening to realize that those who have no physical flaw, who move through life in step with their peers, who are bright and beautiful, seldom become artists. The unending paradox is that we do learn through pain...Pain is not always creative; received wrongly, it can lead to alcoholism and madness and suicide. Nevertheless, without it we do not grow."


And so, with this in mind, that God does work through pain, through illness - even to get us to listen more deeply - I will attempt to allow him to move me to wholeness.

That's a long time to be suffering, I'm glad you've finally got some relief. Stay well :-)

I can't imagine how depressing it must be to have acid reflux day after day, I am so glad you're improving :)
Suzanne @ Suzannes Tribe

I had a bout of that for about a year, a few years ago. Mine was from stress, anxiety, and lack of work.

But my mind set helped along with PRAYER. As you said God talks to us through pain. I also started eating better and what I really think that helps the post is exercise. In my case it helps relieve my stress and anxiety and I no longer suffer from it. Just the occasional upset stomach.

Stay well and try exercise. Your reflux may be stress and anxiety too.

Take Care, and thanks for joining the HOP!

Wow, I'm glad you finally got some relief! Hope you keep improving, hang in there ;)

Good luck with the reflux battle.

We have problems with that too. Hubs takes Nexium, and we've changed our diet a lot. No beef, more fish and chicken. Lamb can be substituted for beef.

Good uses pain to talk to us when were not paying attention. I love that idea and it is so true. He turns our misery into our ministry. So, thanks for sharing.

Listen harder!
Glad you found something to relieve that to an extent. Just keep believing in a healing.

Raw potato juice helps a lot. It's an old Indian remedy. You mix 1/2 & 1/2 raw potato juice and purified water. Drink it slowly and feel the relief almost immediately. I know it works, because I used it myself and was cured. Every now and then, my heartburn acts up again. I drink a glass or two of juice and it's completely under control again. Hope this helps you.

Thank you all so much for your kind words and suggestions! I have tried the raw potato as well, and it does seem to help. Again, thanks to you all!

you have put your painto positive ends and risen above it! so happy for you!
love that quote! so inspirational! thank you! 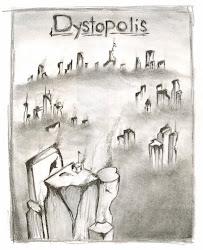 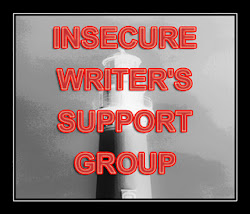 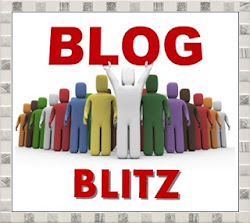 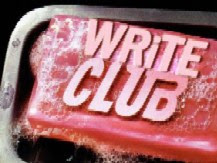 I'm a Fan of These Blogs: